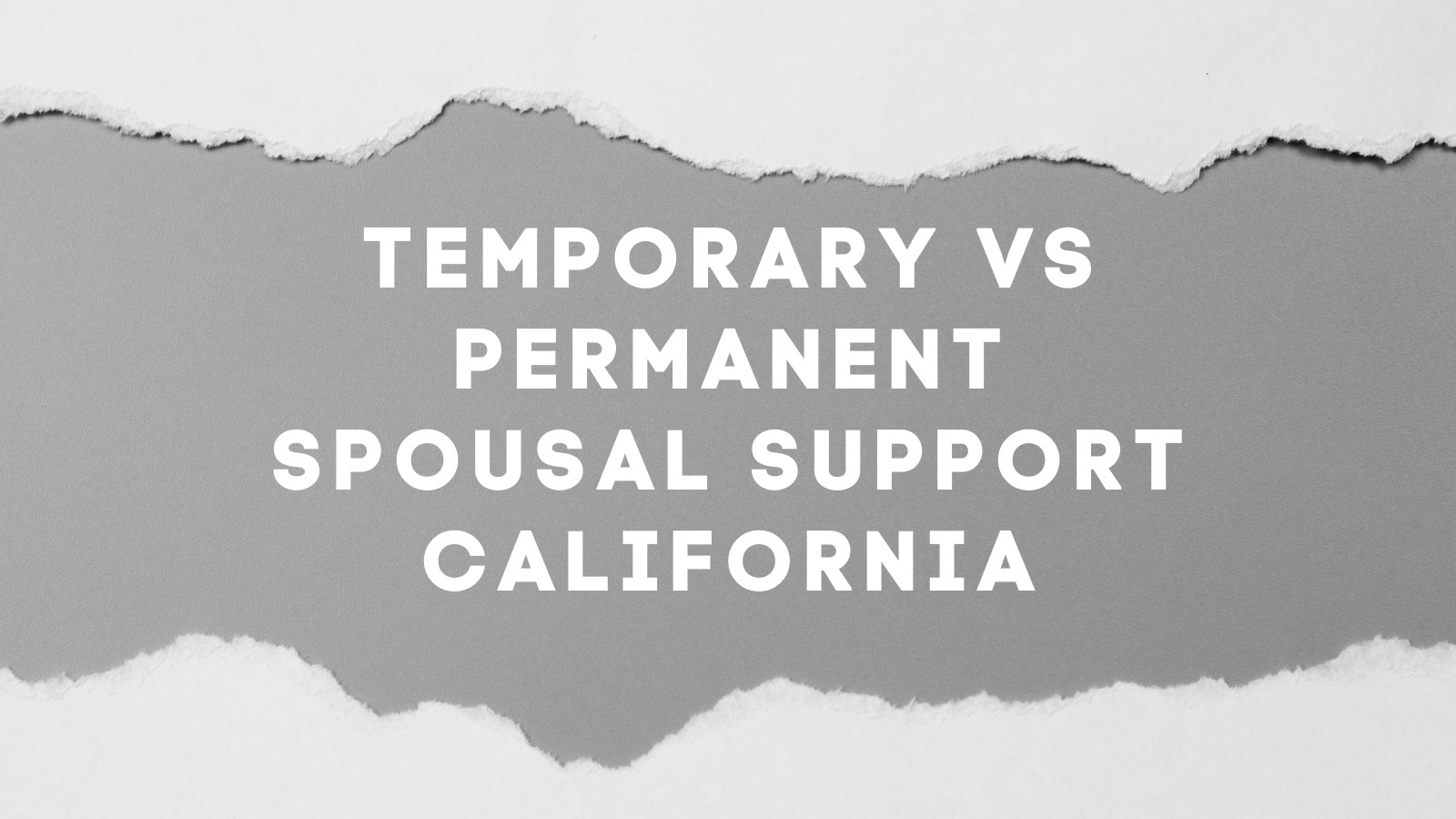 California has a slightly unique way of doing things…

Now, temporary spousal support doesn’t occur in every case. The judge holds a lot of discretion in this regard. There are many times a judge will order temporary Spousal Support just to cover legal fees, and other times no spousal support is awarded.

Temporary support can be awarded during an annulment which is interesting because permanent support cannot be awarded after an annulment. Again, a judge has a lot more discretion for temporary support and they can utilize a lot more tools to do the calculation. However, at its core the only requirement is a need on one side and the ability to pay on the other. Spousal support (temporary or permanent) is no longer dictated by gender roles. Rather, it is dictated by the breadwinner.

There are many factors in determining permanent spousal support but one of the most unique to California is that any time spent in a holding pattern for your partner’s benefit can be part of the considerations. For example, if you put aside grad school to support your spouse in their career or further their education. Within the marriage you made an agreement that delayed your earning potential. As a spouse you would have received a benefit for that agreement. Once divorced, you can still receive some benefits through spousal support.

In any case with documented domestic violence, it is exceedingly rare for a California judge to award spousal support to an abuser. The California Superior Court has made it very clear that the law is not in the business of forcing an abuse victim to pay their abuser.

How are Calculations Calculated?

At the end of the day, this type of support is not mutually exclusive. Whether you are pursuing temporary vs. permanent spousal support in California, it doesn’t mean you can’t pursue the other. In fact, it’s common that both types of support are either awarded or denied. That’s why it is so important for you to talk to an expert in spousal support. Call our office right now to discuss your options!