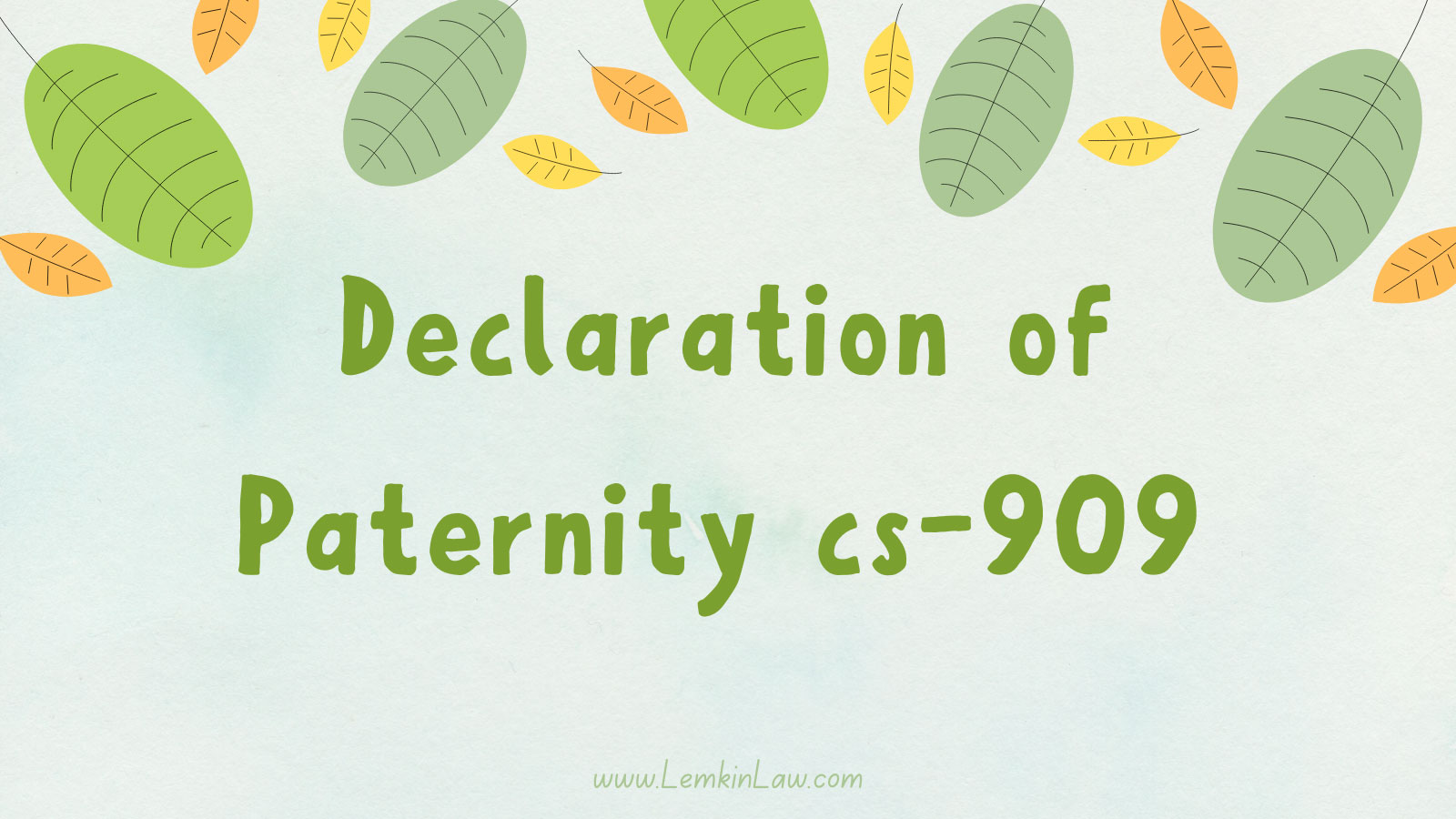 Paternity can be declared in a variety of ways. Here’s a pretty straight forward method

It’s more common than ever for couples to give birth outside of traditional marriage. Whether planned or not, at the end of the day, the child has two biological parents. Every situation is unique, and the declaration of paternity cs-909 is a form you can use to establish paternity without any extra hoops.

What is a Declaration of Paternity cs-909?

At its core, the form is a voluntary declaration of the father of the child. Because the mother of the child physically gave birth, her maternity is not in question. But whenever an unmarried woman gives birth, the default is to leave the “Father” section of the birth certificate blank. If the woman is married, the law assumes her husband is the father, but he is only required to sign the birth certificate. Because the law assumes he is the biological father, there is nothing else he needs to do.

When is it filled out?

In a best-case scenario, the form is filled out in the hospital. And the biological father signs the birth certificate with his name. This is the easiest way to establish parentage.

However, this isn’t the only time the form can be filled out. It can be signed at any point as long as it is witnessed by a notary or by a government agent at a place like a courthouse or a welfare office, or the local child support agency.

What are the consequences of filing a Declaration of Paternity cs-909?

Establishing paternity or parentage comes with a lot of responsibilities. A child has the right to financial support from both of their parents. Voluntarily signing the declaration of paternity cs-909 means you agree to financially and otherwise support this child as your own. You will also have legal standing to fight for custody.

By signing this document, you are giving up your right to genetic testing or any sort of court case regarding paternity. You are truly voluntarily accepting the rights and responsibilities of the child.

What if I change my mind?

It’s very important to note that reversing a declaration of paternity is exceedingly difficult. Even if you later can prove through genetic testing that the child isn’t actually your biological kid. In the eyes of the law, this declaration supersedes genetic testing. And any adult is within their rights to voluntarily declare paternity. This is especially convenient for same-sex couples or other unique circumstances where a parent isn’t necessarily a biological relative.

If more than 60 days but less than 2 years have passed, you can challenge or request for the declaration to be canceled if you can prove the following:

At this point, if genetic testing hasn’t been done yet and the mother still claims you are the father, you will likely be ordered to take genetic testing.

After two years have passed, it is nearly impossible to reverse your initial declaration.

Do you need a lawyer for this?

In most cases using the Declaration of Paternity cs-909 is straightforward, and a family law attorney isn’t needed. However, after the form is filled out, if you are in dispute over child custody, that is the time to call an attorney.