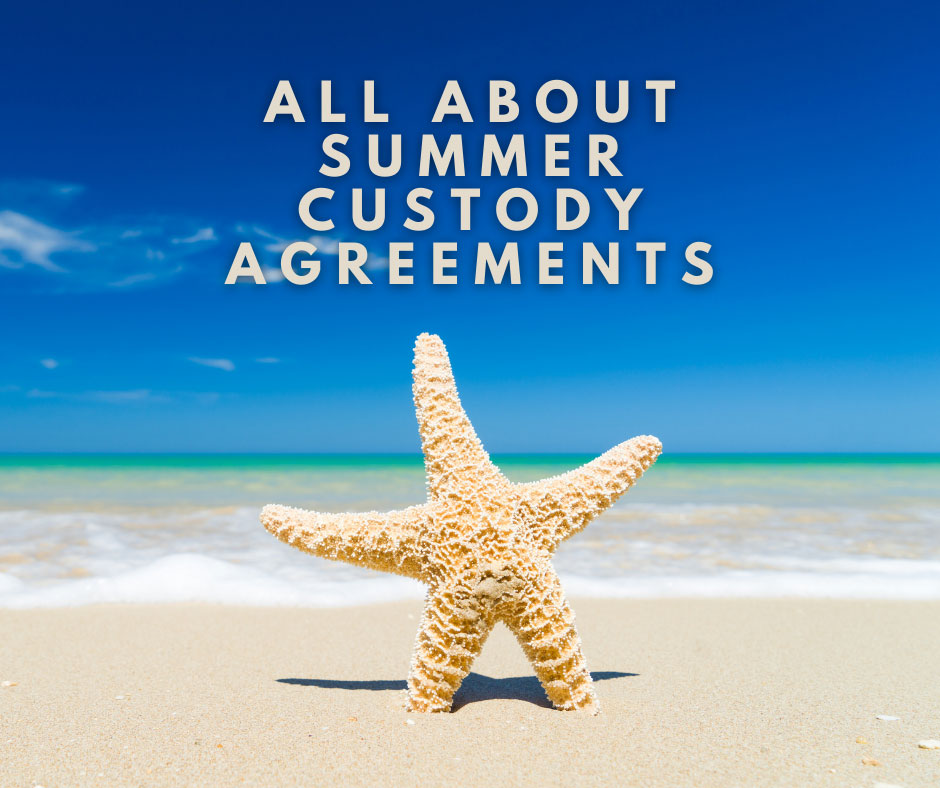 All about Summer Custody Agreements

The good news is that summer custody schedules can be anything that makes sense.

Summer is around the corner, and if you haven’t put together a summer custody agreement, now is the time to do so. Typically, when you are building your Parenting Plan, a summer schedule is included. The courts recognize that summers are different than the school year. Kids have camps, special vacations, maybe summer school, and more.

How does summer visitation work?

Ideally, both parents work together to set a schedule that fits their lives and the kids. We highly suggest that even when both parents are 100% in agreement, the summer visitation schedule is filed with the court. This extra step protects you and your children if any issues arise.

For example, Mom has the kids for four weeks but doesn’t show up at drop-off time. A summer custody order from the court is what Dad can show the police to protect his rights.

It’s important to remember that the courts want what is best for the children. This means that the courts will usually encourage a relationship with both parents. And the court will protect the child’s school and activities schedule within reason.

Your custody and visitation schedule can include a lot of caveats. For example, your summer custody agreement could stipulate your ex has the children for three continuous weeks during the summer. They are allowed to pick any three weeks, but they must notify you in writing 90 days in advance. You can also stipulate specific “blackout dates” for things like camps or other pre-scheduled summer activities.

Summer custody agreements can look like anything that makes sense. But there are a few things to keep in mind if you feel like your current summer custody schedule needs to be updated: