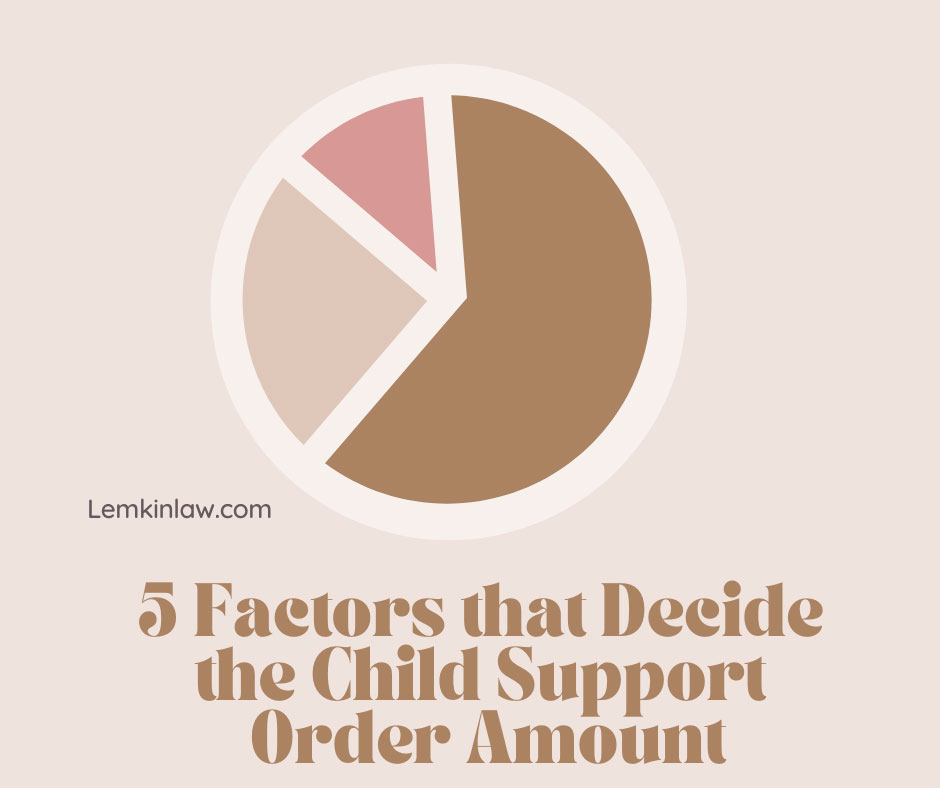 The 5 Biggest Variables to the Amount of Child Support

When you’re working with an Orange County child custody attorney, the topic of child support is definitely going to be discussed and there are many misunderstandings about how child support works.

The amount of support required is not just some arbitrary number that a judge determines to punish the noncustodial parent, nor is it meant as extra cash for the custodial parent to use however they please. A child support lawyer in Orange County works hard to ensure that the final support amount is fair to everyone involved.

Here’s what you need to know about the factors that decide the cost of child support.

What is Child Support?

Child support, according to the law is a requirement for both the custodial parent and primary caregiver to pay for various expenses associated with raising a child. Funds are meant to be used for things like buying basics like food and clothing, as well as fees related to education, healthcare, and extracurricular activities.

The idea behind child support is that children should have access to the same kind of financial support they would have if their parents remained together. This means that both parents need to remain financially responsible for the sake of the children.

Child support is not meant to create undue stress on the noncustodial parent, even if some believe that it does. The reality is that raising a child is expensive. Courts try to be fair in determining the appropriate amounts of support the non-primary caregiver is required to provide.

Child Support Doesn’t Have to Be Determined by a Judge.

Often, parents are able to work together to determine an appropriate amount for child support. Parents often hire child support lawyers in Orange County to help discuss the best outcome for the children.

These professionals are well-equipped to negotiate the most reasonable result and more importantly, these attorneys consider what is best for the children above all else.

However, if either party doesn’t want to negotiate outside of court or an agreement cannot be reached, the case goes before a judge. The court will then make a decision based on the facts.

The most important thing is that parents enter into a legal agreement. This makes it difficult for one party to derelict their duties or to make unapproved changes to the agreement.

To help alleviate any questions of bias or unfairness, courts typically use a specific formula to determine the appropriate support amounts. Of course, your Orange County child support attorney will also argue on your behalf to ensure the final amount is fair, regardless of which side of the debate you’re on.

Here’s what the court looks at as part of the child support formula:

Probably the most critical element that figures into child support payments deals with income. At the beginning of any case, parents will exchange and submit a few key documents to the court, such as:

One area that tends to cause the most conflict is when one parent believes that the other parent is purposefully under or unemployed. Just because one parent doesn’t make as much money as one would like, it’s not an automatic determination that they are doing so voluntarily. Judges will evaluate whether parents are working to the best of their abilities.

If a judge finds that one parent is voluntarily earning less, the court can impute that parent’s income. Imputation is another way of saying that the court will use what the parent could or should be earning into the formula instead of actual wages.

Typically, the court will look at someone’s education, experience, and skill level to determine if you’re living up to your potential.

The court will also request information regarding any dependents either parent has before determining support. If one parent has children that they are legally obligated to support, the court takes this into consideration. Ultimately, supporting all of the children is the court’s main goal.

Your child support lawyer in Orange County doesn’t just help with getting fair support payments. They also help determine custody, and part of custody can include overnight visits, whether that is once in a while or multiple times per week. The court wants to give credit to each parent for the time that they are financially responsible for the child.

If both parents share the financial responsibility and physical custody of the child equally throughout the year, child support payments may be much smaller than expected. It’s not true that equally shared custody means no one pays support. The court also has to consider all of the factors in the formula.

If one parent is paying for the majority of healthcare costs, they will most likely be the one receiving support payments. There must be payroll deductions or other evidence that health care or insurance premiums are covered.

Health care costs can play a crucial role in regards to children with any special needs.

Child care is one of the highest costs associated with raising children. Full-time child care can equate to a large percentage of a full-time salary. If one parent carries the burden of childcare throughout the year, the other parent will have to contribute via support payments.

This is another area where an Orange County child custody attorney can help. In some situations, one parent is available to provide child care when the other is working. In these cases, arrangements can be made for more significant shared custody.

The court assumes that their formula will produce an appropriate amount of child care support where parents often agree to reduce or increase the amount. Judges typically won’t deviate from the formula unless extenuating circumstances can be proven.

If you’re in the middle of child support discussions or need to make a change to your current arrangements, contact a child support lawyer in Orange County today.